What do you do, when you want to play in a band and there is only you?

Self-taught musician and talented inventor Elmer Trudgen, born in Blenheim Ontario in 1912, gained fame as a one-man band during the late 1930s and pursued his hobby until the 1980s. His multi-piece musical instrument was created from a combination of sewing machine, auto & bicycle parts and custom fabricated devices. It allowed him to play 11 instruments at once: piano, violin, guitar, harmonica, bass drum, snare drum, triangle, wood blocks, cymbal, cow bell chimes and later banjo.

The sewing machine was the catalyst of the idea, the treadle being used to draw the violin bow, played with the left-hand as he strummed the guitar with the left. The piano was played within a narrow range using long levers to depress the keys.

Setup and tuning of the machine was extremely complex and playing required tremendous coordination requiring both feet, hands, elbows and mouth to render tunes such “She’ll Be Comin’ Round the Mountain”. Playing was also physically demanding and although at least one version of the machine still exists today, it is not something descendants of Elmer’s have chosen to try.

Elmer gained fame during the 30’s after winning a New York City talent contest. He played at Faye’s Vaudeville Theatre and appeared on the radio Major Bowes Amateur Hour, a popular radio program based in New York. Although his career in U.S. was limited to a few months, Elmer continued to play at fall fairs and community events until 1980. Over that time he continued to refine his machine until it was able to play 17 instruments. Paul Trudgen, Elmer’s son still has two of the music-making machines, although in parts and in need of repair.

Elmer’s story came to our attention when Paul and wife Jo Trudgen brought an aged, 45-RPM record to The Technology Centre, located in Owen Sound, for digitization. Converting to digital requires playing the original record (Analog) on a standard turntable, connected to an amplifier and fed into a computer. The converted audio track (Digital) is then enhanced to remove noise, boost volume and then burnt to CD or DVD or converted to an MP3 file for download.

The original record was a self-made recording, using a record cutter designed for home use similar to the Wilcox-Gay Recordio produced in the 1940’s. It looks very much like an early portable record player with the addition of a microphone and input. Blank record disks were produced by numerous companies and allowed recording at 78 and 45 RPM.

In this case, the poor quality of the existing record made it very difficult to retrieve a good digital copy. Professional recordings on a good source retain quality comparable to the original.

Listen to the recording

Are you running out of space to save your paper files? Wasting valuable time searching for that hard-to-find information? Paying ever-increasing off-site storage fees? Concerned about the security of your paper records and the impact on your business if there were lost or damaged?

If any of these issues have crossed your mind, you need to consider the benefits that document imaging provides. END_OF_DOCUMENT_TOKEN_TO_BE_REPLACED

The real cost of paper records are underestimated. It is not only the cost of creating them but the ongoing costs of storage, retrieval and filing. Paper documents can only be in one place at a time causing workers to exacerbate the problem by making additional copies for their own filing cabinets. The more people handling it, the more copies that will be created. END_OF_DOCUMENT_TOKEN_TO_BE_REPLACED

Google Web Fonts lets you browse all the fonts available via the Google Web Fonts API. All fonts in the directory are available for use on your website under an open source license and are served by Google servers. 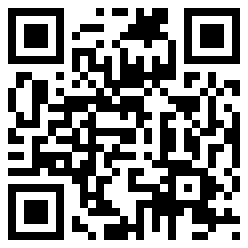 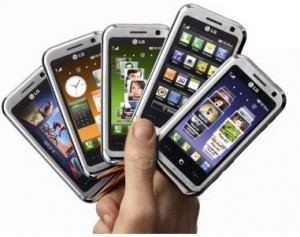 There is an emerging cell phone technology that is bridging the gap between print and digital media. It’s called a QR (quick response and) code. It is appearing on printed materials such as business cards and postcards, in newspaper or magazine ads and on signs and billboards.

A QR code works like a UPC barcode except its square and looks a little like terrazzo tile. It can contain a considerable amount of information and most importantly the URL link to a webpage. An example, linking to the home page of www.tech-centre.com is shown at right.

To read a QR Code you need a mobile with a built-in camera and the necessary QR code reader software installed. To read the QR code, simply take a photo of it. This will launch the web browser on your phone and immediately direct you to a webpage assigned to the QR code. This linking from a physical real-world object is known as a “hard link”.

QR-code readers are available for a wide variety of smart phones and several websites allow you to generate your own QR codes free of charge. Although QR codes are not yet widely used, it is expected to increase rapidly as smart marketers find more ways to utilize the technology.

END_OF_DOCUMENT_TOKEN_TO_BE_REPLACED

A seminar series for improving a wide variety of key skills for success in business and beyond! Concise and easy to understand, the Lunch & Learn seminars cover a variety of useful business and personal skills. Bring your lunch, have coffee or tea on us, and spend 45 minutes gaining new knowledge and skills for success and satisfaction in any area of your business or personal life.

We seek part-time and contract employees with experience in office administration, data processing and other specialized services. Send us your resume and provide details on the skills you have to offer.
Close